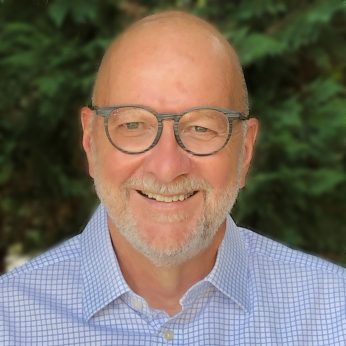 Dick Merriman has leadership experience in the higher education and nonprofit sectors, including 22 years of service as president of the University of Mount Union in Ohio and of Southwestern College in Kansas. A collaborative leader, Dick built effective systems for participatory decision-making that unlocked and channeled the energies of trustees, administrators, and faculty, enabling his institutions to achieve important successes in enrollment management, advancement, new academic program development, diversity and inclusion, and institutional finance.

Deeply committed to the success of higher education, Dick has worked throughout his career to help colleges and universities attract, retain, and develop talented, idealistic leaders. He has mentored many colleagues and has led numerous searches for senior administrators and key faculty positions. In 2015, he presented, along with Claude Pressnell, president of the Tennessee Independent Colleges and Universities Association, on “Attributes of Resilient Independent College Presidents and Their Institutions,” at the University of Pennsylvania Graduate School of Education Executive Doctorate Alumni Conference.

Prior to becoming a college president, Dick worked for nine years in the advancement office of Le Moyne College in Syracuse, New York. He learned all facets of fund-development, rising to the position of vice president for institutional advancement. Dick provided leadership for campaigns at Le Moyne, Southwestern, and Mount Union that secured over $100 million in gift support. His experience outside higher education includes service as a grant-making program officer at the National Endowment for the Humanities and as executive director of The Jefferson Foundation, which organized town meeting debates around the U.S. as the country observed the bicentennial of the drafting of the U.S. Constitution. Dick taught political science at Berea College in Berea, Kentucky after completing his graduate studies. He is co-author, with Alice O’Connor and Mary L. Henze, of Rediscovering the Constitution (Congressional Quarterly, 1987).

Dick earned his B.S. and M.S. degrees in the social sciences from Emporia State University in Kansas and his Ph.D. in political science from Indiana University in Bloomington, Indiana. He received an honorary doctorate in leadership from Southwestern College in 2015.

Dick has been chair of the Executive Board of Kansas Campus Compact and Ohio Campus Compact, reflecting his commitment to student service learning as an important pathway to civic engagement. He was a member of the national steering committee for the American College and University Presidents Climate Commitment. Dick has been active in economic development activities in the cities and regions that his institutions call home.

He lives in Raleigh, North Carolina with his wife, Margot, and their basset hound, Jasmine.

Dick is choosing to work for Summit because he is excited about the character of the company and because he supports the flexible pricing and service options Summit offers to clients.